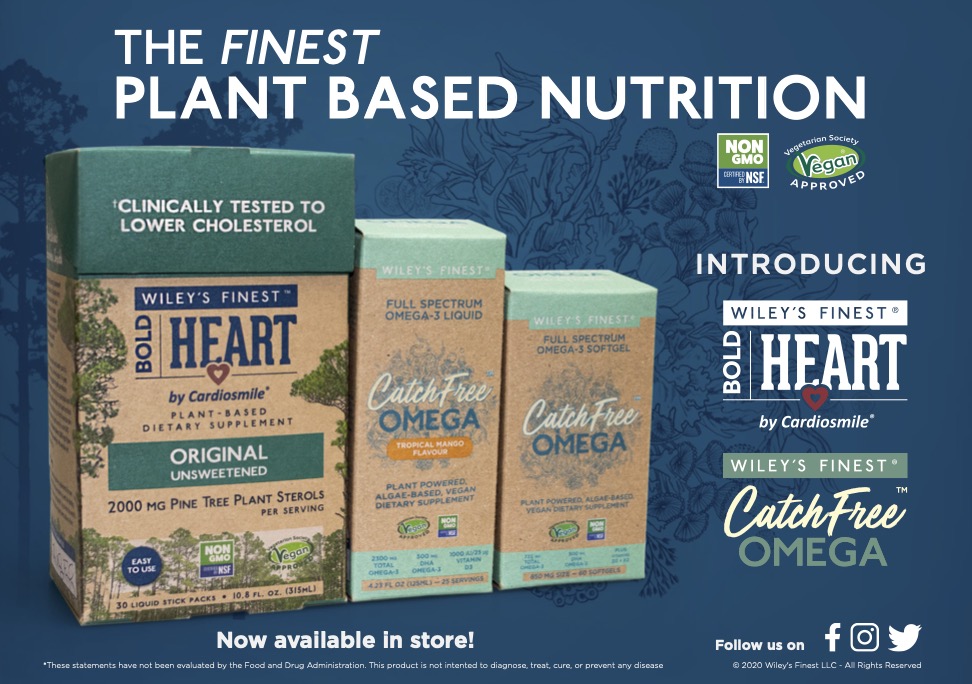 James walked into the health food store for the first time ever. This is the store where his daughter shopped. He looked around, unsure where to go to find the product he came for.  Approaching 60 next year, James saw his doctor annually and mostly followed his advice. Since he took after-dinner walks with his wife and got in a golf game when he could, he thought he was active enough. Heck, he was more active than most of his buddies. And last year, on the request of his daughter, he stopped eating meat! His wife agreed to give it a go so they were doing the vegetarian thing (he secretly felt very hip). His daughter thought it was grand, but he was not so convinced. He had hoped his cholesterol would come down over the past year, but it hadn’t. So here he was, buying a supplement said to help lower cholesterol. All he knew was that it was natural and vegan; how something vegan could lower cholesterol was foreign to him, but he trusted his daughter to do good research.

He found the aisle with all the bottles and the friendly young man helped him find Bold Heart, by Wiley’s Finest. His daughter liked that brand and even though she was a vegan she did take fish oil from this company, something about needing the right type of fat. He bought Bold Heart and started taking it, adding it to his morning oatmeal and when he forgot, he took it straight.  Being an engineer, he knew that being consistent was important if he wanted to get results. Fast forward 6 months: James’ LDL-cholesterol dropped 11 points. He daughter was happy, his doctor was impressed, his wife was proud of him and his cholesterol was within normal range. What more could he want! [Based on a true story].

Find this product at your local Mother's.

+These statements have not been evaluated by the Food and Drug Administration. They are not intended to diagnose, treat, cure or prevent any disease.