Let’s All RISE and Grind Together 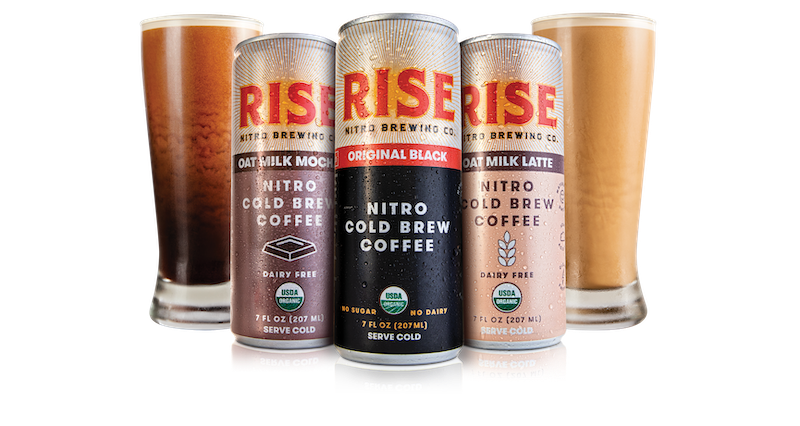 Nitro cold brew creates a sensory illusion on your tongue. You will swear you are drinking something sweet, even though no unhealthy sugars have been added to your cup.

Companies such as RISE Brewing Co. use a state-of-the-art water-filtration process to create their nitro cold brews. When you drink their coffee, you won’t have to worry about any harsh chemicals or additives. Compared to standard coffee, their cold brews are 70% less acidic and have one and a half times more caffeine.

Nitro cold brews are healthy enough that fitness studios are starting to add them to menus. Whether you are buying a nitro cold brew after a workout or are creating your own in your kitchen, you will end up with a drink rich in taste. A drink free from bitterness and sourness. A drink much healthier than it tastes.

Nitro cold brews were originally only offered from the tap because they are hard to bottle. However, companies such as RISE Brewing Co. have packaged the product. They are able to bring nitro cold brews directly to your doorstep.

If you have been living off iced coffees and haven’t tried cold brews yet, make sure the first one you taste comes from RISE. Find Nitro Cold Brew at your local Mother's.