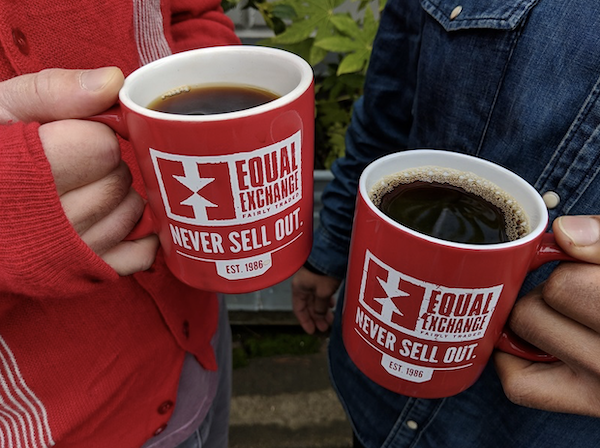 According to Equal Exchange, working together toward a common goal will always be relevant, and that shared goal could be almost anything. There are many cooperative structures from Worker Co-ops to Real Estate Co-ops. Equal Exchange is a Worker Cooperative.

But why is that so different?

They’re worker owned, independent and guaranteed to remain so.

Instead of being owned by a global conglomerate, they are owned by the workers, who share share in profits and losses, and vote on big decisions.

In the food industry consolidation is the norm and independence is increasingly rare. When you look at grocery shelves, you see lots of “choices”, but many of those brands are owned by the same huge companies. (See this chart by Dr. Phil Howard for specific examples.)

Small brands founded by people who care about organic and fairly traded food are often bought out and given new priorities. It’s a cycle intended to eliminate competition and options for producers while retaining an illusion of choice.

Is all consolidation bad and are all big companies evil? Of course not, and sometimes it’s a good thing, but Co-ops play an important balancing role in many different levels of the economy as well as distributed ownership.

Co-ops are just one way to do business of many, but for Equal Exchange they are the only way. Their Co-op model even has a “Never-Sell-Out” clause!

Co-ops like Equal Exchange support other co-ops, why does that matter?

Many Individual farmers own their own land, but when scale is an advantage, they can team up. Together, tiny farms can compete against industrial plantations that would otherwise gobble them up.

By sharing expertise and infrastructure and negotiating as a unit farmers can retain ownership of their land while enjoying some of the efficiencies that conglomerates enjoy as well as a more significant portion of the value they produce.

What about sustainability certifications?

They are helpful, but with rising demand for fairly traded goods, some certifiers have relaxed criteria to include a “Fair Labor Standard”. Products grown on massive plantations can be certified as Fair Trade. Here is where the Co-op model makes a big difference.

All cooperatives practice Seven Cooperative Principles and a favorite is the 6th: Co-ops support other Co-ops. Equal Exchange sources from Co-ops made up of local farmers who own and control their land, and this is not just true outside the country, for example Equal Exchange buys the milk powder from Organic Hot Cocoa mix from Organic Valley, a dairy co-op in California and the list goes on.

We hope you enjoyed this brief explanation of one element of the Alternative Economy and how it is still a relevant part of the broader marketplace. Mother’s Market offers Equal Exchange’s Organic, Fairly Traded Cashews, Teas, Coffees and Chocolate bars. 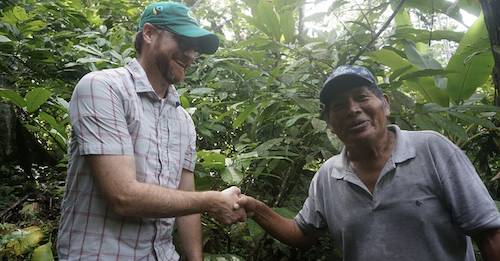